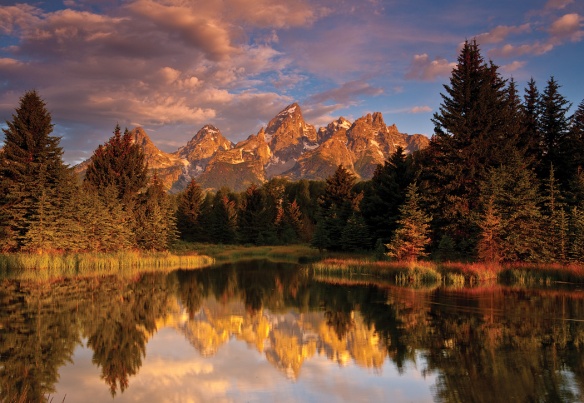 Nestled in a small shop in Jackson, Wyoming near the Grand Tetons with George Harrison’s guitar gently weeping in the background a 1970’s transplant from New Jersey is busy printing, mounting and framing stunning images of wildlife and wild spaces.  Gary Crandall is the professional photographer and has made it his personal responsibility to share his creative images and their meaning with the world.

When not in the studio printing and framing his work Crandall spends up to three weeks in the outdoors capturing the perfect shots of critters in their wild settings.  It is an isolated life and requires patience and vision along with cooperating weather conditions, the right lighting and undisturbed backgrounds. Rising at 4:30 am to get in place for a photo shoot and sometimes staying there for several hours, it also requires thousands of shots to capture the perfect image. 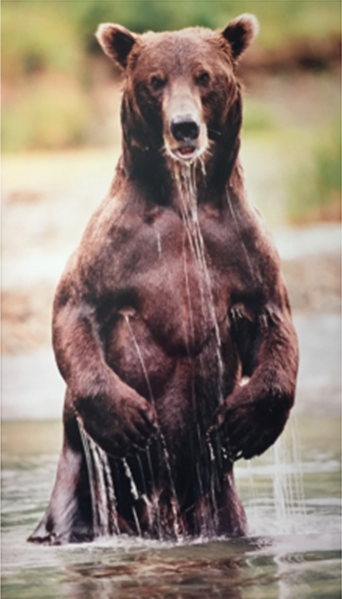 Crandall began our interview with one of his favorite stories about an adventure he had in Alaska on location to photograph the massive grizzlies during the summer salmon run in 2010.  Crandall with a group of 5 other men and their local guide Buck set off for a 3 week stay in the Katmai region of Alaska.

Very few people venture to this remote location so it was the perfect place for the party to get uninterrupted access to the local grizzly population there.  At high tide everyday hundreds of thousands of salmon swim through the river here with dozens of bears gorging on the fish.  The danger of encountering the grizzlies is high and the group set up camp with three electric fence perimeters.

Crandall tells of how the bears would come nightly to test the fences for a chance to get the food and possibly the humans invading their territory. Gary explains that “Buck was very adamant about turning the fences back on after going in or out, but one night the idiot went to get a beer and forgot to turn the fence back on.”  Early the next morning Crandall got up and went to start breakfast and the cooler containing all of the group’s 48 beers was tipped over and the complete stash of beer cans was punctured and consumed by a thirsty bear during the night.   Crandall had to do his work for the next 2 ½ weeks without a beer to quench his thirst and calm his nerves. Needless to say, Crandall was severely upset. However he laughed off the incident and stated “I just wish I could have seen the bear stumbling around after drinking all our beer.”

The trip was saved however and became a great success.  Crandall shot this amazing photo of one of the grizzlies standing in the river.  The “Standing Bear” shot became one of his most popular images and Gary deemed it his “money shot” for the season.

Crandall was always an avid reader and books about the West captured his imagination at an early age.  After high school when he traveled west on vacation he said he fell in love with beauty of the Teton Mountains in Wyoming.

During his younger years he enjoyed camping and backpacking in the more populated eastern US.  He was always interested in animals and like many kids he brought home wild “pets” from his explorations around his home.   But something changed in Crandall when he vacationed with his family in the West.  The tall mountains surrounded by wide open valleys inhabited by the majestic creatures of the American West captured his spirit and his imagination.   His awe and wonder led him to his talent and to his home in Jackson, WY where he finds peace and solitude in the Grand Teton Mountains surrounded by the subjects of his stunning images.

Crandall had a friend from high school whose parent moved west and opened an electrical wiring business in Utah. So in 1978 the 25 year old moved to Utah and worked in construction for 15 years while also enjoying his hobby of wildlife photography.  His passion and love of everything wild especially the grand creatures of the Rockies, Western Canada and the vast wild spaces of Alaska, and encouragement from his boss Rick Wangsguard led him to exhibit his images at various local photography shows.  His work started to get noticed and popular and he decided to transition from construction to professional photography.

In 1991 with Arron Goldenberg as his partner, Crandall opened his first gallery in Trolley Square in Salt Lake City, Utah.  The gallery was popular and at the time there was not very much competition in the Salt Lake market for this kind of work. The gallery stayed open in Trolley until 2004. With his images becoming more popular from exposure in the gallery he decided to try out showing his craft at larger regional photography and art shows in the intermountain west. 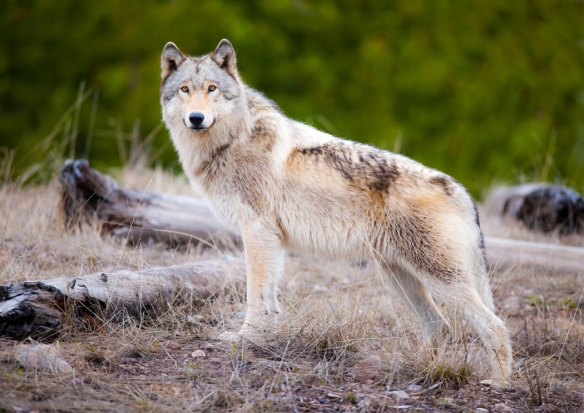 In 1994 Crandall took his images to the Indian Market Show in Denver.  A local Jackson Hole Wyoming businessman Sean Love and his father were attending the show that year. Love and his father were viewing the various works of art and photography with the hopes of finding and artist they could commission to sell the images in their store the Jackson Trading Post. The men discovered the stunning images shot by the young photographer Gary Crandall. They started a conversation with Crandall and thus began a long friendship and business partnership that continues today.

In the years following the pairing of Crandall and Love, the gallery business thrived.  They marketed and displayed the work in several galleries in the west and opened the Wild Spirits Gallery in Park City the mid 90’s and remained there until 2010. After closing in Park City Gary decided to move the main gallery and all production and framing operations from Utah to Jackson in 2011 so he could be closer to the Tetons and the creatures he loved to photograph. The move proved to be a very positive decision for the company and their sales.  The Jackson Trading Post bought out an adjoining space last year and remodeled it into a larger 1500 square foot gallery exclusively exhibiting the photography of Gary Crandall.  Besides the main gallery in Jackson, his work is displayed in Steamboat Colorado, Yellowstone Park, and the Grand Teton National Park and other destinations in the west.

By doing all of his own photography and producing his own work into the final product Gary is able to keep his costs lower than his many competitors and sell his images at a rate more affordable to many customers.  Gary said, “I want anyone to afford our stuff.”

Contributing to the overall sales are multiple internet venues selling Crandall’s work.  However the works are best appreciated in person to realize the excellence and uniqueness of the scenery and wildlife captured on film. In the gallery setting you are surrounded by the beauty and majestic nature contained in Crandall’s photographs.

Hawk Watch, Lake Conservatory for Birds, Cornell Ornithology and the Nature Conservancy are just a few of the groups Gary donates his time and resources to in an effort to protect our wild spaces and our wildlife. While Crandall has won awards and accolades for his work, his most valued recognition comes from the conservation groups he works with and donates some of his profits and time to.

While most people dream of turning their passions into their professions, Crandall has managed to actually do that.  While enjoying a good income, the rewards that he reaps are in making people gain an understanding and appreciation for our precious earth and all of her inhabitants.  He hopes his photos lead people to respecting and treasuring all animals and nature as he does.

All photos by Gary Crandall with Gray Crane Studios
http://www.graycranestudios.com/