Vive is a loosly translated French word meaning “long life” and that’s exactly what customers get when they visit Vive Juicery.

Cold-pressed juicing, a popular new trend, involves crushing and pressing fresh fruits to maximize juice amount and minimize loss of nutrients because the low heat. Vive Juicery is Salt Lake’s most popular cold-pressed juice shop that was started on just $2,000, a kickstarter campaign and two motivated dreamers. I sat down with Brittany Shimmin, co-founder of Vive, and discussed how the hip and fast-growing company got its start.

It all began when Shimmin and her husband at the time, Bryce Thaxton, took a trip to San Francisco. The couple noticed little juice shops lining every corner and even though they had always imagined opening a coffee shop, the couple realized, “Salt Lake doesn’t need more coffee, they need cold pressed juice.” After their return, they became unhappy with their current jobs as massage therapists, and anxious to finally launch their business and become their own bosses, they took whatever money they had, created a kick starter campaign and Vive was born.

Much of Vive’s success can be attributed to the amazing Salt Lake community, says Shimmin. She described Salt Lake as a city of a bunch of friends, and when those friends all like something they rally behind it. Without the community support helping to build the company, Vive wouldn’t be near what it is today. Shimmin also mentioned the support of the downtown alliance in the creation of Vive saying that their help has been incredible. Social media has also had an impact on the company, Shimmin attributes much of the company’s rapid growth to the ever growing, free marketing tool. Instagram is the most popular social media facet for Vive, allowing customers to interact with the company as well as each other.

It also doesn’t hurt that Vive’s branding is so pleasing to look at and very easy to photograph. Since Vive wanted to focus on the community, they knew they needed locally sourced produce, and an environmentally friendly company as well. This meant that all their juices had to be bottled in glass. At first, they worried this added expense of glass bottling would hinder the sales, but they ingeniously created the bottle-buy-back program in which the customer receives store credit when they return their used bottles. This allowed Vive to cut costs, remain as eco-friendly as possible and give a benefit to their loyal customers.

All this sweet success didn’t come without its trials. From the beginning money was a huge issue, says Shimmin. As briefly mentioned earlier, the couple scrapped up all the money they could find, and then started a kickstarter campaign. Aided by friends, family and juice-loving believers they raised $6,000 and with only $8,000 they started their careers as Juicers. The company was started in early summer of 2013 and by August the couple had quit their other jobs to work full time on Vive. At first, because of money restraints, the couple did everything. While Shimmin juiced Thaxton would nap and while Shimmin napped Thaxton would bottle, she recalled. “It was long, long hours, but we were always having fun, Shimmin said with a chuckle.

As we chatted further, Shimmin revealed that both she and Thaxton did not complete college, but rather wanted to make a point that a formal education is not needed to be successful. Shimmin told me that after high school she enrolled at the University of Utah and after one class she instantly knew it wasn’t for her and she went straight to admissions office and dropped out of all her classes. Shimmin gives this advice for anyone looking to also start their own business, saying that her motivation has always been, “if it scares you, do it.” That was her problem with college, getting a college degree was comfortable and didn’t awaken anything inside of her. Luckily, she was able to realize this early and tap into that motivation.

After just three years Vive has expanded from a stand at a market, to the go-to cold-pressed juice shop in Salt Lake. With three locations, and even more in the works, Shimmin said that the company would also like to renovate an old VW Van and create a Juice Van for markets, concerts and other events within the amazing Salt Lake community. 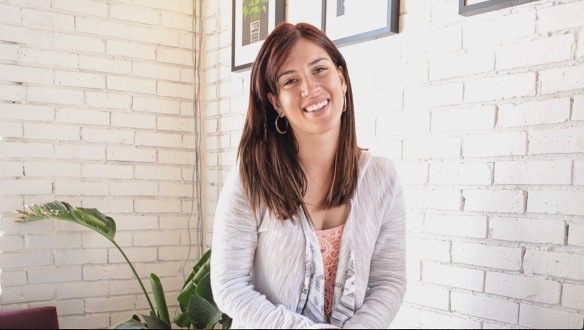