Story and gallery by CHARLES BUCK

The front desk of the Leonardo Museum was bustling as employees were answering phones and signing for deliveries on Monday, March 12. A new exhibit was opening in three days and the activities formed the perfect backdrop as the museum’s Chief Development Officer, Deb Peterson, described the challenges of creating a brand.

According to The Leonardo’s website, the museum opened in 2011 with the personality behind Leonardo da Vinci as a brand strategy that would define a museum dedicated to inspiring “creativity and innovation in people of all ages and background.”

Sitting just inside the main exhibition space, Peterson explained that da Vinci’s curiosity perfectly defined an interactive museum dedicated to learning about art, science and technology. The goal was to align the museum with the STEM disciplines of science, technology, engineering and mathematics.

It allowed The Leonardo, located at 209 E. 500 South, to be a place where visitors could explore exhibits with the same sense of curiosity and wonder as da Vinci himself. However, creating such a unique space also created unique branding challenges.

“Phase one was to get the doors open,” Peterson explained. Phase two was to spark interest in the community by hosting famous exhibits like “Bodyworlds” and the “Dead Sea Scrolls.” While successful, these exhibits didn’t clinch The Leonardo’s brand identity in Utah.

“We had to reeducate the public,” Peterson said. The museum had developed a reputation for being a venue for traveling exhibits, and the public forgot that The Leonardo had the unique distinction of being a place of discovery and wonder in the world around us.

This reeducation process involved all the traditional media: print, radio, television and billboards. Social media was starting to play a role, but “wasn’t what it is today,” Peterson explained. The board of directors assumed the challenge was merely to explain why the museum became da Vinci’s namesake. However, they quickly discovered that not everyone was familiar with the painter, architect and inventor Leonardo da Vinci. “We just assumed everyone knew,” Peterson said.

This branding challenge continues today, with social media playing an ever-changing role. “@theLeo,” “#theLeonardo,” and “#attheLeonardo” have all been attempts at increasing public engagement through various social media platforms like Twitter and Instagram. While describing a successful social media strategy Peterson explained that the challenge in going viral is having content critically relevant to the current social climate. To go viral the right message has to be shared with the right audience at the right time.

The focus on relevance has led The Leonardo to partner with Pictureline to create a drone exhibit, and with the LEGO brand to create an interactive exhibit focused on da Vinci’s fascination with architecture and city planning.

Mariann Asanuma is a LEGO master builder commissioned by The Leonardo to build a replica of the Cathedral of the Madeleine, a Salt Lake City landmark completed in 1909. She started working for LEGO in 2003, and eventually realized her dream of turning her passion for the building blocks into a career.

LEGO fans describe the years between when they stop playing with LEGOs in their teens and start playing with them again in their 20s as “dark years.” Asanuma explained, “I never had dark years.” Her Instagram page describes Asanuma as the “World’s First Female LEGO Artist specializing in #marketing #custommodels #teambuildingevents #customkits.”

Her latest posts highlight the progress that Asanuma is making on her model, which she is building on-site at The Leonardo. Asanuma described the constant popularity of Lego as the result of children invigorating their parents’ passion for the blocks, and not always the parents introducing their children to their own childhood toys.

“The LEGO Movie” and “The LEGO Batman Movie” helped the brand resonate with a new generation. Social media and the internet have also helped lifelong fans of the brand, like Asanuma, create online communities where people remain engaged and passionate about LEGO.

This relevance in popular culture is what makes the LEGO brand such a good match for The Leonardo. Leonardo da Vinci’s exploits with architecture and city planning allow the museum to host a LEGO exhibit without diluting its brand identity, and the popularity of the building blocks brings in a new generation of museumgoers who engage with the exhibit in creative ways.

The exhibit opened March 15, 2018, and between the displays were areas where children could act out the inspiration they found while watching Asanuma in action.

The Leonardo also hosts programs like the “FIRST LEGO League.” The league launched in September 2017 and workshops are scheduled until May 2018. These programs draw in the younger generation, while exhibits like “FLIGHT,” “FANTASTIC FORGERIES,” and “WOMAN/WOMEN” help adults identify with the museum’s brand of discovery and curiosity.

Many of the exhibits adhere to the “Hands on @ The Leo” strategy, and encourage patrons to engage with The Leonardo in person, just as they can in social media. The museum’s website invites visitors to come and discover the “forces behind engineering by tinkering, designing, and problem solving.”

Partnering with companies that brand themselves around the processes of technology or discovery will keep the museum relevant. Peterson described the essence of The Leonardo’s brand strategy: “If guests leave our museum with more questions than answers, I’ve done my job.” 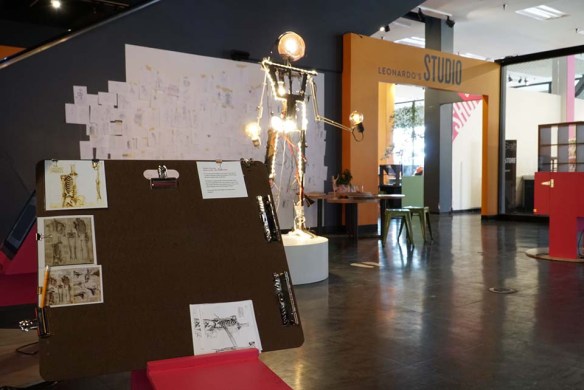 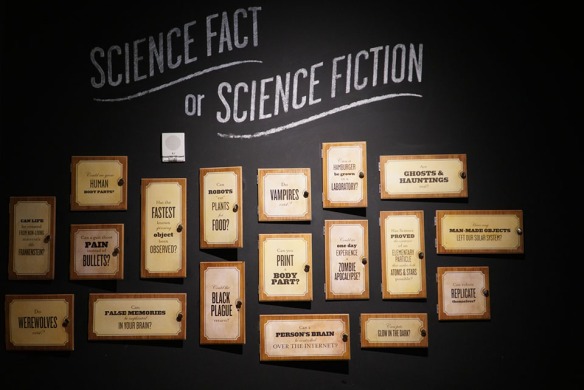 Drone display in the “Flight” exhibit. 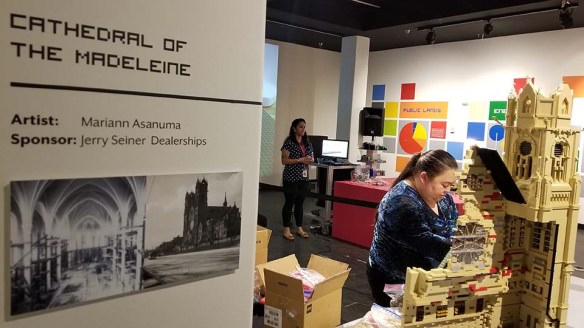 Asanuma modeling the Cathedral of the Madeleine. 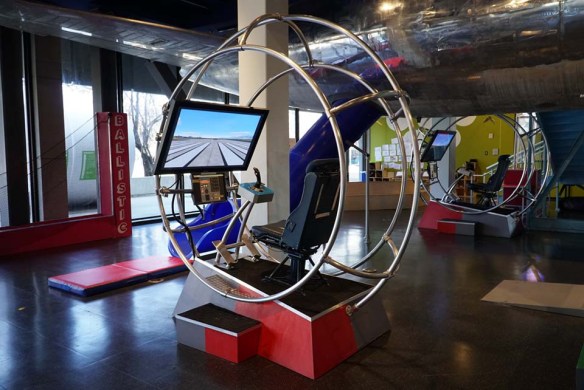 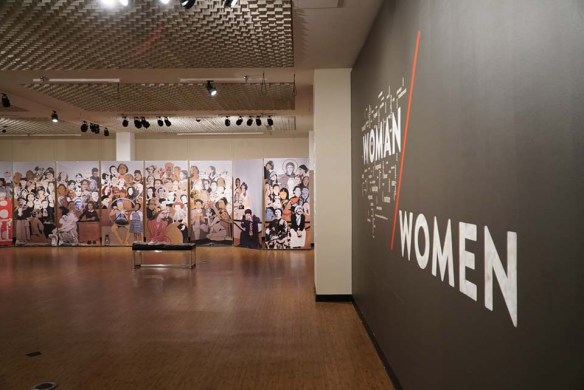