Sweaty bodies pack the small Salt Lake City concert hall. It’s Saturday night at the Goldblood Collective, and the energy in the room is electric. This isn’t the first time that the local rap collective “The Peoples Cvlt” has opened the show here before, but no one in the group expected a crowd like this.

Mad$haw co-producer of the collective, yells over only five feet away.

The small venue overflowed with enthusiasm as the group paraded the stage readying the audience for their final performance of the night. Mad$haw raises the microphone to his lips.

“Now everybody sing along if you know this one, it’s called “Pull You Under,” off of our new mixtape! This will be our last song of the night thank you Salt Lake City!”

The crowd quiets in anticipation as OCDope, one of two female vocalists present in the group, takes center stage microphone in hand. With a confidence large enough for the whole collective, OCDope delivered a performance that mesmerized the crowd, wrapping up the groups most successful show to date.

Salt Lake City certainly isn’t known for its production of Hollywood rap stars, or any sort of celebrities for that matter. Yet scattered throughout the Salt Lake Valley is a network of independent artists all chasing the same dream. A dream planted in the mind of every kid who has ever turned on their car radio.To make millions of dollars and perform for thousands of people.

The Peoples Cvlts’ story is not another boring overtold narration of overnight success. This group serves as a realistic and practical demonstration of how to make the most of granted opportunities, establish a presence in a local niche, and use various tools to build a loyal supportive fanbase.

Before all 13 independent artists met and decided to make records together, Riley Teague or Teague recalls the day when Max first approached him with a radical new idea.

“He said he was sick of the 9—5 grind and wanted to start making music and taking classes for producing.”

“Took off and started getting a lot better.”

Mad$haw continued to dedicate himself to this new passion setting aside time from his job and family to work on instrumentals and production each week.

While attending his weekly production class Mad$haw met another producer Sean Motta or 4K. The two young producers quickly hit it offand began working together on instrumentals each wednesday in Mad$haw’s basement studio.

Vocal artists like Teague and Kiefy Kush another Cvlt member started working with the two producers while slowly introducing in other artists. Teague remembers how it all started like it was yesterday.

“I started inviting friends that I knew could rap then it took off. We started meeting up weekly and making songs ”

While slowly growing and improving the collective continued to meet each Wednesday evening. Many members would come directly from school or the job to meet up, relax, and express themselves creatively.

The Peoples Cvlt, shown above, during an album cover photo shoot. Photo courtesy of Jade Larson

“It’s low key, and is kind of a nice stress-free environment,” 4K explains. “There aren’t any expectations. I think that’s why our music turns out so well, because we enjoy the circumstances under process of making it at Mad$haw’s studio.”

Kiefy Kush, a Salt Lake rapper who has been making music for 15 years, shared one reason he believes the collective has had such early success in a market typically sodifficult to penetrate.

“With there being so many diverse creatives in one collective, we have the ability to produce, provide and promote much more efficiently than if it were just one person juggling everything,” Kush said. 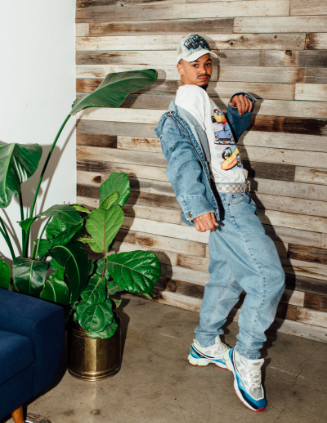 With the release of their debut 14 song mixtape “Cvlt Tape 1,” The Peoples Cvlt averages 1,486 streams per song released on their soundcloud page. An impressive figure considering the recent founding of the group.

Outside of making the music, the collective is constantly networking and plotting their next moves towards breaking out. In the past month The Cvlt has gotten on the ticket of two much more high profile concerts, in hopes to expand and capture their ever growing audience.

The first is Redfest, an annual concert put on by the University of Utah for its student body. The headliners of this show are big names in Hip-Hop like the Migos and Amine, the concert will be held April 15. The show nearly sold out with in the first week of being announced.

The next event is a three-day music festival held at the Bonneville Salt Flats early in june this year. This event will feature a number of artists performing on multiple stages. Both of these opportunities should bring along hundreds of new ears and potential fans for the expanding Peoples Cvlt.

This Salt Lake based collective has served as the perfect reflection of what it means to work together week in and week out, seize opportunity, and produce a collaborative sound that is pleasing to the ear. With each artist still chasing the same dream of exposure, The Peoples Cvlt will continue to grind on until they don’t need to remind others of the name.

“It’s hard to break out of the Salt Lake scene, like, really hard,” producer 4K said. “I don’t think anyone’s ever done it. We’re going to be the first ones to break out, though. I know it. I’m going to make sure it happens.”