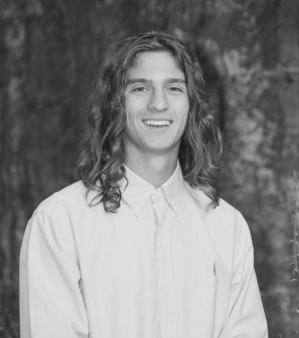 Coming up with an idea for my enterprise story was not very hard. I just thought of topics I might enjoy writing about, and what would be relevant. After less than a minute I came across the idea of writing about the current media transition in the snowboarding industry. When I went home for winter break, I learned that my home mountain Seven Springs wouldn’t be producing their web edits anymore. They were doing it to pursue a heavier social media presence, and at first I was upset. After noticing that Think Thank was putting out content throughout the season instead of their typical full movie, I soon realized the snowboarding community as a whole was going through a media shift.

To locate my sources I contacted a few friends that work in the snowboard industry and ride for a few companies to see if they were down to let me interview them on the current media situation. Luckily they were all happy to help me out and share some knowledge. I also contacted a few people I didn’t know, such as Justin “Stan” Leville, to  get some opinions from their perspective.

Choosing my sources was relatively easy. I tried to get well-rounded perspectives from different people in the snowboarding industry. I contacted Ian Macy, who produces content for a few different companies and ski resorts, to get a filmer’s opinion on the media shift because he is the one standing behind the camera filming stuff.

I also tried to get an opinion from a riders perspective, because they are the ones actually being filmed for the content produced. To get a rider’s perspective I contacted my friend Cameron Dunmyer, who rides for Oakley and Gnu Mid-Atlantic. I also quoted one of the riders from the DC video series I was talking about in my paper, Brady Lem, because in the video he gave his opinion on starting to film street so early in the season.

Lastly, I contacted “Stan” because he runs a snowboarding news show, “Last Resort,” where he shares his opinion on subject matters within the snowboarding community in a satirical way. I thought having his opinion would be important because many people watch his show, and he is one of the voices of the snowboard community.

The presentation of snowboard media has been a controversial topic for as long as I can remember. I knew going into the story that I wanted to write something neutral that focused more on the factual side of things, as I didn’t want to offend anyone. Instead of focusing on what the best way to portray snowboarding media is, I just focused on how it is being portrayed and how it is different from the past.

Over the course of my research, I gathered an insane amount of information regarding how the snowboard industry is today, how it was, why it changed, what’s better for business, how it’s going to be in the future, if it’s a good or bad thing and many other opinions. I would have loved to write a longer paper that involved all of these topics listed — and many more — but it would have been confusing for the reader if they were not an active member in the snowboard community.  To keep it simple, I focused on what the media used to be, what it is today, unbiased factual reasons about why it changed, and how it could possibly be in the future, making sure not to offend anyone in the process.

My rough draft was hard to put down on paper because I had an overwhelming amount of information, prior knowledge and an opinion of my own, so I wasn’t sure what to include in the story. After finally figuring that out, putting words on paper became relatively easy. The hard part has been editing and figuring out AP Style. Because I have very little background other than participating in class, I struggle to notice when my AP Style isn’t correct, and therefore don’t realize to look it up and fix it. I also struggled with quote placement, but after realizing my faults I added more quotes and fixed the positioning of them to make the story a more enjoyable read.

The most surprising thing about writing the enterprise story was how willing people were to give me their opinion, even though they didn’t have to and wouldn’t benefit from it in any way. Part of me believes that was what made the experience such a great one. It allowed me to get out of my comfort zone and think about something that is such a major part of my life in a different light. It forced me to think about it not only from one perspective or opinion, but in a way that everyone could understand, relate to and feel unbiased about. Writing the enterprise story was a great experience, and I am glad I picked the topic that I did.

Brady McCarthy is a first-year student at the University of Utah. He is 19, and a Pennsylvania native. He plans to attend business school with a focus on marketing. His favorite activities include snowboarding, skateboarding and doing anything fun with his friends.