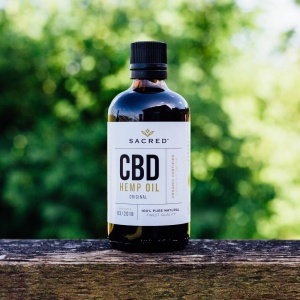 CBD Oil bottled for medical use. CBD Oil was legal in Utah before Proposition 2 . Taken on January 1, 2018. (420 LightGuide)

SALT LAKE CITY––During the 2018 midterm elections, Utahns voted “yes” on Proposition 2. Despite a five year effort to put the bill on the ballot, however, critics of proposition 2 expressed concerns with the initiative and  began the process of a legislative solution. On December 3, a compromise bill prepared by the Office of Governor Gary Herbert and legislative leaders is expected pass in a special session of the Utah Legislature. Now, Rocky Anderson, a former mayor of Salt Lake City, has threatened to file a lawsuit to stop the compromise bill from passing.

Prior to the election, the Utah legislature passed a bill to allow for legalized possession and use of THC/CBD oil for patients suffering from intractable epilepsy. The bill didn’t include a provision for patients to acquire the drug in the State of Utah, however, until the legislature passed HB197, which authorized the regulated sale of CBD oil.

Proposition 2 is a broader bill, which makes medical marijuana available to more patients in Utah. The bill allows patients 18 and over with epilepsy, cancer, chronic pain, Crohn’s disease, autism, PTSD, Multiple Sclerosis, HIV/AIDS, Alzheimer’s disease and ALS, access to medical marijuana with a physician’s recommendation. If a patient doesn’t have one of the listed diseases they must provide evidence to a five-member board of physicians that indicates their need for medical marijuana. Under Proposition 2, the marijuana will be grown by un-taxed private facilities.

The compromise bill calls for patients under 21 years old to obtain approval from their doctor and a state appointed-panel of medical professionals, according to a report from KSL news.

Walt Plumb Jr., a local land developer and opponent of Proposition 2, expressed his concern that younger patients might have access to marijuana. “We know that someone’s brain hasn’t developed until the age of 25,” says Plumb. “We restrict tobacco use, we restrict alcohol use. It just seems insane to me that all of a sudden we would let someone as young as 18 years old go into these dispensaries and try and cure these illnesses.” 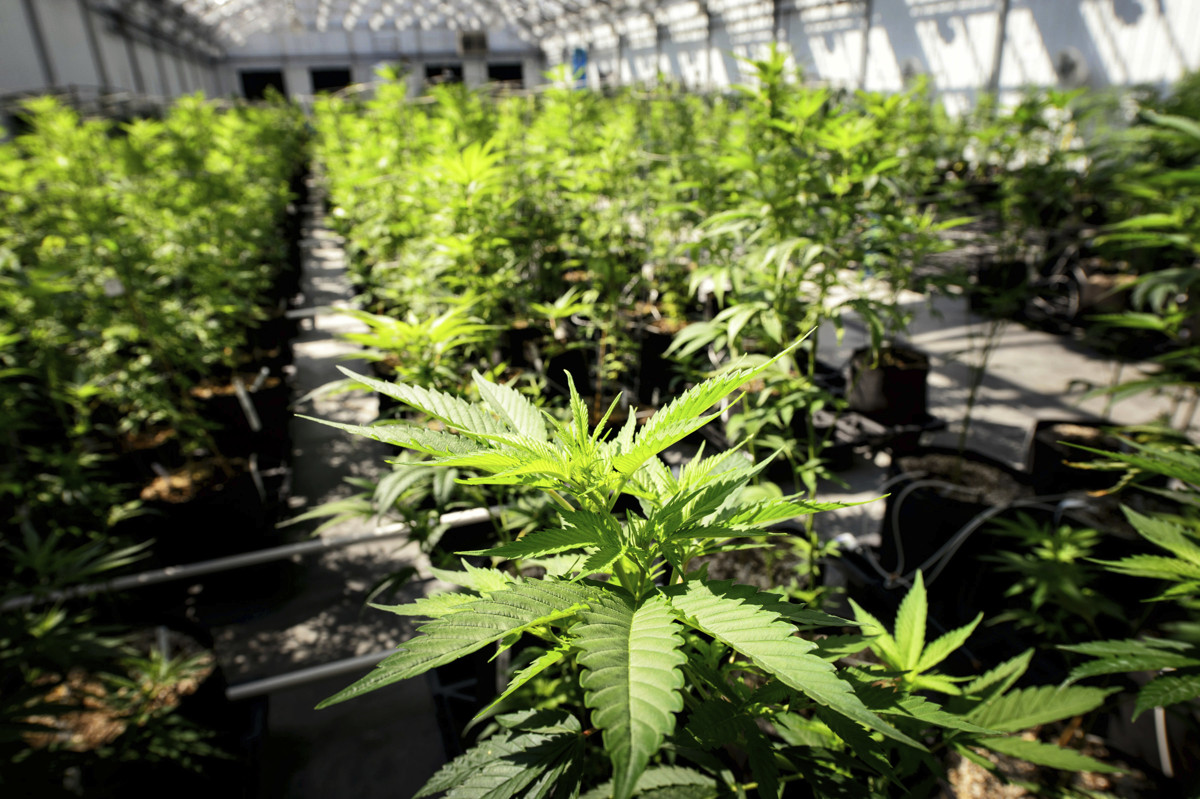 May 5, 2015 Legal marijuana growing in greenhouses in Minnesota. This shows what medical marijuana could look like growing in Utah. (Glenn Stubbe/ Star Tribune via The Salt Lake Tribune)

The compromise bill will further regulate the growth and distribution of the marijuana. “One of the problems with the substitute is you get rid of the privately-owned businesses,” said former Utah Legislator Steve Urquhart. Without private businesses the state will be in charge of running drugs, which is a violation of federal law. “It’s one thing to say ‘okay citizens if you do this, we the state won’t prosecute you.’ It’s a much different thing for the state to tell our state employees to deal drugs in violation of federal law.”

Rocky Anderson, the former mayor of Salt Lake City, has introduced yet another twist into the medical marijuana saga, threatening a lawsuit. According to Deseret News, the complaint is based upon the involvement of the Church Jesus Christ of Latter Day Saints in crafting the compromise bill. Urquhart maintains that Marty Stephens, Director of Community and Government Relations for the LDS Church, sent an email initiating the drafting of a compromise bill. 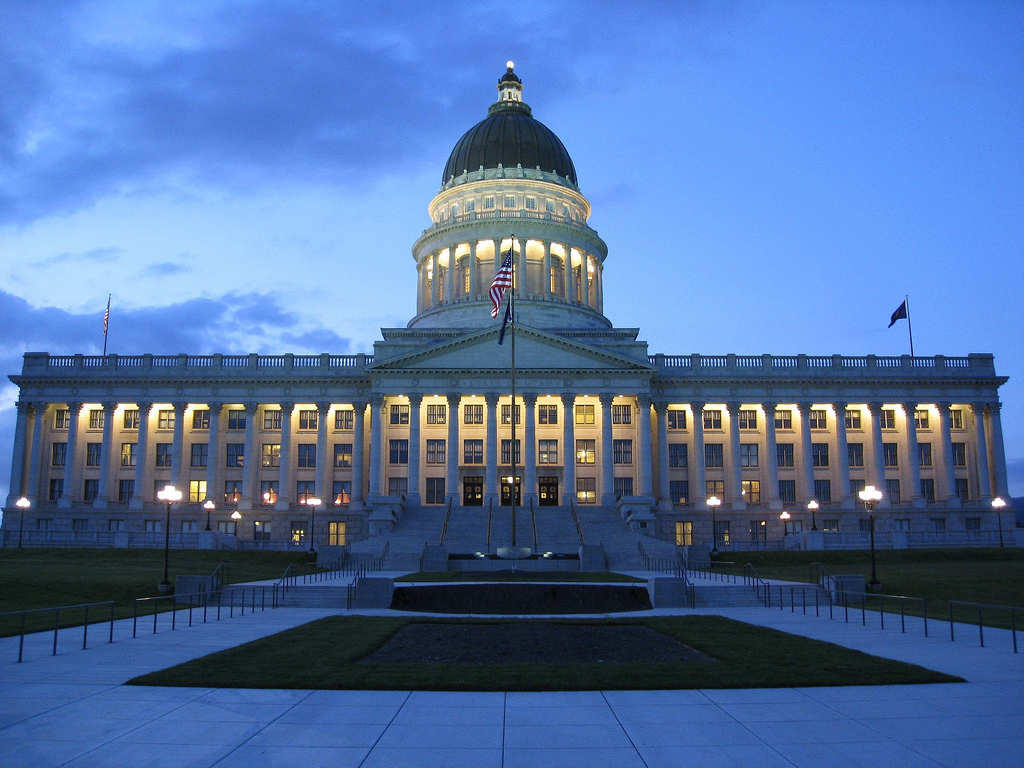 Utah State Capitol where Propostion 2 will be implemented or replaced by the compromise bill. Taken on May 22, 2008. (Soupstance/ Flickr)

Recently, Speaker of the House Greg Hughes sat down with the anti-Prop 2 side — the LDS Church and the Utah Medical Association — and the pro-Prop 2 side — the Utah Patients Coalition (who got Prop 2 on the ballot) and the Libertas Institute — to draft the compromise bill on common ground. All parties agreed to support the compromise bill, according to Deseret News. However, Urquhart believes that the church being represented in these private government negotiations, raises suspicions of the church’s influence over the new bill.

In the wake of the agreement, Anderson sent out letters to each party involved informing them of his intent to sue if the compromise bill is pursued. Anderson’s letter claims that the church’s involvement in creating the bill violates the constitution, according to a Deseret News Report. “The Mormon Church is controlling the issue,” says Urquhart. “The Mormon Church is telling them through speakers what they’re going to pass.”

Subsequently, the Church issued a statement in response to the pending lawsuit.  “Broad community engagement was the reason a workable, beneficial and safer medical cannabis program was put together at the direction of state leadership. We stand behind and look forward to the safe, responsible and compassionate solution that will be considered by the state Legislature.” The Church reiterated that it is allowed to have political standpoints, and that their involvement comes from a place of concern for the Utah populous, the Deseret News reported.

Anderson told the Deseret News that the lawsuit’s goal would be “stopping the session, stopping any move toward gutting the initiative.”