Story and photos by SAMIRA IBRAHIM

Donnie Tillman’s successful start in his first four games as a freshman paved the way for him to secure minutes in games during the rest of his collegiate basketball career.

Now a sophomore, Tillman, 19, stands at 6-foot-7 and weighs 225 pounds. He has become an immediate impact for the Utah men’s basketball. He averages 20.3 minutes per game and is ranked fifth among his team members. Tillman is an important element for the Pac-12 basketball team.

Even though his sophomore season came to an unpleasant end with the team’s overall record of 17-14 and no ticket punch to the March Madness dance, Tillman has remained grounded and is ready to get to work and prepare for next season.

“I make sure that my focus is directed toward improvement rather than all the backlash and comments about our performance this season,” Tillman said. “It just allows me to focus on becoming better and getting some future wins for our team.”

Tillman was born and raised in Detroit and is the son of Donna and Johnnie Tillman with four other siblings. Out of the four boys, Tillman is the youngest. He often looked up to his oldest brother, Bishop, who played as a Division II point guard for Wayne State University. His brother basically paved the way for Tillman and his love for basketball.

As his mother Donna was a single mother raising her boys, she was also battling illness and would often get sick. There would be instances where her epilepsy got so bad, that she needed to quit her job as poker dealer for MotorCity Casino. But she was fortunate enough that it allowed her to support her son and let him finish high school.

He and his mother received a call about an opportunity to attend and play for Findlay Prep in Las Vegas. This is a nationally-recognized high school basketball program that has produced many NBA draft picks. In less than two weeks they made the decision to drop everything and move 2,000 miles away from home in time for him to enroll in the basketball program.

“Everybody thought I was crazy for leaving everything I had known and grew up with. But I knew that this was fate and written for me and so I just had to take the leap of faith. I was also only 15 years old, so you can only imagine how scared I kinda was,” Tillman said.

He and his mother sold everything in their home and everything they owned, then took a ride and never looked back. It wasn’t necessarily easy making the move, as the road trip included many tears and fond memories that they shared along the drive.

“I was always aware of Findlay Prep but they said there are going to be a lot of differences, but it is going to be the best thing for me,” Tillman said. “It took us four days to get there, I was definitely having second thoughts and didn’t know what I got myself into.”

He played three seasons at Findlay Prep where he averaged 14.3 points, 8.0 rebounds, and shot 65 percent as a senior. Tillman had a few injuries in his first two seasons but still helped his team to a 33-4 overall standing record.

When Tillman decided to sign with the Runnin’ Utes at the end of his senior year in high school, his mother counted more than 20 scholarship offers. He was ranked as a four-star recruit by ESPN.com coming out of high school.

After committing to Utah, Tillman said people expected him to be an even better collegiate player than he was in high school. His mother also was excited about his decision to come to Salt Lake City because it offered a strong emphasis on families.

For his sophomore season at Utah, in a vote of the 12 conference coaches, Tillman was named Pac-12 Sixth Man of the Year.

“He is a great team player on and off the court. Donnie constantly works hard and just wants what’s best for our team. I see him making it to the league for sure,” said teammate Timmy Allen. 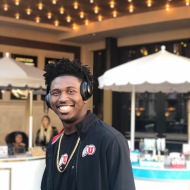 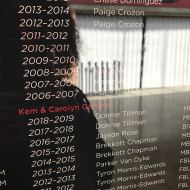 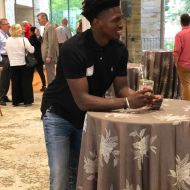 Tillman at the Jon M. and Karen Huntsman Basketball Facility. 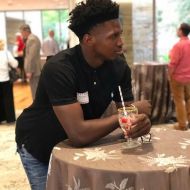 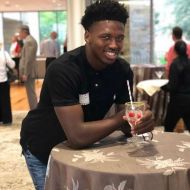 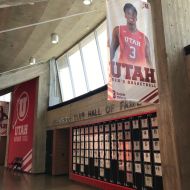 Donnie is featured on a banner that hangs in the Jon M. Huntsman Center. 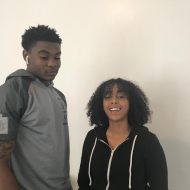 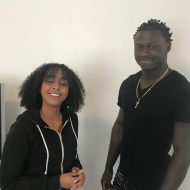 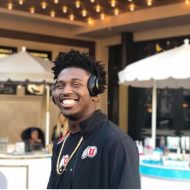