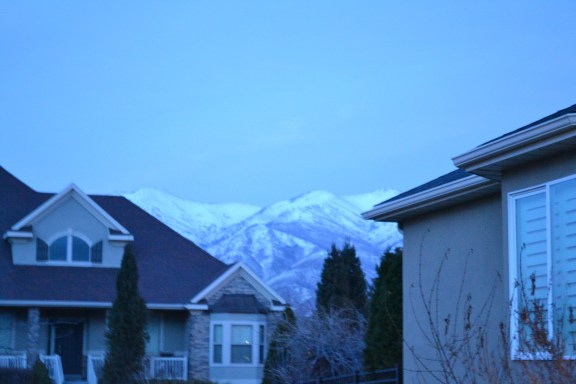 SALT LAKE CITY—Poor air quality has been an issue for citizens of Salt Lake City for many years. The time of year when air quality is at its worst is December through February. During this time, residents must deal with inversion. Weather Questions, a website states, “inversion acts like a lid, keeping normal convective overturning of the atmosphere from penetrating through the inversion.” This definition explains that inversion contains various air pollutants which cause bad air quality to stay trapped within the valley and breathed in by the population.

The other factor that the American Lung Association bases their rankings on is ozone. According to AirNow, ozone can either be good or bad depending on where it is located. “Good” ozone is found 6 to 30 miles above the Earth’s surface where it protects us from the sun’s harmful ultraviolet rays. Bad ozone is near ground level and forms “when pollutants emitted by cars, power plants, industrial boiler, refineries, chemical plants, and other sources react chemically in the presence of sunlight” creating bad breathing air. The Center for Disease Control and Prevention states that ozone has linked poor air quality to adverse health effects such as with some being chest pain, coughing, throat irritation, wheezing, and trouble breathing during outdoor activities and exercise.

Peter F. Vitiello, an assistant scientist in the Environmental Influences on Health and Diseases group who is also a member of the American Lung Association, stated that “poor air quality is hazardous and is something in which we should not take lightly.” Vitiello suggested that we should try to keep the environment healthy as we would want our health to be.” As mentioned, many factors play a part in the poor air quality that is affecting the residents in Salt Lake City. Liberation News states one of the primary sources causing a significant decrease in safe air quality is the five oil refineries owned by Chevron and Andeavor. Also, mining operations in Salt Lake City also attribute significantly to poor air quality.

These are companies that play a factor in the pollution

About 17 percent of the pollution are caused by these industries. 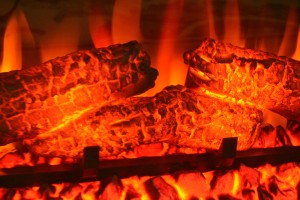 Burning wood is one of the causes of pollution. The DEQ has put out regulations on how much and when you are able to burn wood

The Department of Environmental Quality (DEQ) mission is “safeguarding and improving Utah’s air, land, and water through balanced regulation.” The DEQ has a department solely focused on Utah’s atmosphere and is continuously looking for ways they can improve the air quality of Utah. They also have many other apps where we can view how the air quality is today and have also set up a few regulations by which we should live. Some of these suggestions are to turn your key, be idle free, travel-wise, conserve energy and use a shovel rather than a snow blower. These are just a few suggestions by which we should live to improve our quality of air.

Beau Call from the DEQ said that “they have a rule called the water heater and they suggest that the water heater when you buy a new one should have low oxides of nitrogen level.” Call also stated that, “they have an Air Quality board which listens to the suggestions from the DEQ and decide if this is the best path for better and cleaner air.”  They are also trying to put regulations on industries on how much they can produce. According to Call, “the major industry only attributes to 17 percent and cars produce 50 to 55 percent 25 to 30 percent are from buildings and homes. So the cars are the main issue; therefore, the newer cars are improving, and they are producing cleaner gas to minimize the pollution.” Call suggested that if we could use electric cars, it would vastly improve the air quality.

Stats from Beau Call about the causes of pollution.

Salt Lake City has taken a few steps to improve the air quality and to lessen the carbon footprint. Liberation News claimed that the first step was back in the year 1999 where the first electric TRAX light rail line was made available to the residents of Salt Lake valley. The DEQ also has a  few incentive programs and they will pay you to switch you to a new heating device that will be cleaner for the air quality; for example, if you have a wood stove. We have plenty of cleaner resources around us that we need to use rather than sit idly by. If we do these things that the DEQ has suggested, we will be able to create a better environment and we will be able to live healthier lives.

SALT LAKE CITY- The subject of religion influencing politics is a major discussion in Utah particularly concerning the Church of Jesus Christ of Latter Day Saints ( LDS) influence in legislation regarding legalizing medical cannabis. The LDS (Mormon) church, last year, made a statement regarding legalizing medical marijuana saying “We urge a cautious approach to legislatures”. Some Utah voters question if religious views should even be involved on the floor, and if the church should be allowed such influence (verbally); especially when it comes to the well-being of the citizens of the state.

According to the most recent census numbers, sixty percent of Utah citizens are Mormon as are 80 percent of Utah legislators.  Medical marijuana (MM) supporters are concerned that LDS legislators are making their decisions based on personal religious views. While the LDS church has made their views regarding the use of cannabis very clear,  75% of Utah voters; still favor medical cannabis and are pushing to have the vote to legalize it on the 2018 ballot. Some argue that the Utah house should be pushing legalization more because the Utah public is expressing interest, and it should be the public choice rather than the senates with possible influence from the church.

“I strongly dispute the narrative regarding poll numbers,” Rep. Brad Daw (R) said when asked about public opinion regarding legalizing medical cannabis.  He discussed how under polls he conducted [not scientific] the question asked was “what level of cannabis legalization do you support” and more people, many of those who are LDS, are in favor of carefully supervised legalization rather than a full allowance of medical cannabis,. This past February, the house passed Daw’s bill (197) that requires the state to grow medical marijuana, and allow chronically ill patients to “try it. They also completely legalized cannabinoid with 10% THC for over the counter sales. “This can benefit the people who need it, and for those who need higher THC, the bill will allow research patients under careful supervision to be allowed access”

When asked if the Church had influenced decisions made by legislatures, Daw responded by saying “Removing religious opinions from politics would be hard to do…. the people on the board are elected by Utahan’s and their belief is their belief” stating that politicians would not be elected into office if the public had an issue with their decisions and personal beliefs. While the church is not opposed to limited and monitored medical use, they do make statements that the church would prefer that there be no use of cannabis; thus possibly affecting the opinion of those in Utah Senate.  Daw explained, that we don’t want to “stifle the voice of public opinion” and the LDS church has the right to freedom of speech and to represent voters just as any other organization or citizen.

Voter Ann Cook, a non-Mormon who has lived in the state for more than 45 years, sees the idea of religion and its influence on the state differently. “The LDS church really does have control, if they just came out in favor of this, the bills would pass,” she said regarding the issue. Cook is in favor of citizens of Utah voting on this rather than the legislature, believing that the church’s opinion would primarily be removed if done in this manner. “ I myself suffer from chronic arthritic pain and had to retire because of it. I’m limited in what I can do and I deserve the right to legally try out cannabis to alleviate my pain.” Cook also added that she could make the effort to get products in states which have legalized them, but she does not feel comfortable obtaining such until they are legalized here in Utah.

“We regard cannabis medicine as a medical, scientific, and sociological matter,” According to TRUCE (Together For Responsible Use and Cannabis Education)  reps said in regard to the influence the church has had on Utah’s position on legalization. “Our LDS TRUCE members are generally of the opinion that medical cannabis use is not a doctrinal issue, and LDS patients in medically legal states are considered members in full good standing… as are members anywhere taking prescribed opioid medications.” TRUCE has been pushing for the decision to be put on the 2018 ballot, rather than putting it the hands of the legislature. This is in belief that voters will support full access to medical marijuana, and will keep religious affiliations away from the decision. TRUCE advocates that the church does not need to be “speaking with representatives” as it grants too much power of the state to the church. They are not advocating for recreational use, and that they simply wish that patients with chronic illnesses have the option to use cannabis to assist with their treatments.

The issue regarding church and state in Utah is easily a debatable subject. While some believe the LDS church has too much influence or control over Utah politics, others see the affiliation only as freedom of speech. With terminally ill patients begging to allow for the public to vote on the subject the legislature is moving slowly towards the idea, and many are concerned if the LDS church’s views regarding cannabis, could be conflicting with progression towards legalizing it for medical purposes.